My travels to produce Ministry of Agriculture films and printed materials enhanced my appreciation of the Islamic culture. I was amazed with the artistry of Moroccan craftsmen, and fortunate to acquire several distinctive examples of Moroccan workmanship. They ended up in my fourth-floor apartment in Rabat’s Quartier de L’Ocean neighborhood where I savored the friendships, flavors, and unique customs of a lifestyle I came to respect and appreciate.

The most impressive feature of my apartment was the near-panoramic views of the city and Atlantic Ocean from the wrap-around balcony. Thirty-nine Rue Abidjan was nothing like habitats commonly associated with Peace Corps Volunteers. It was far from the mud hut and thatched roof typical of more remote assignments. The Peace Corps office in Rabat was the epicenter of activity for more than 200 volunteers, many of them English teachers living in tiny towns. Three or four nights a week, visiting volunteers toting their sleeping bags found my front door looking for a free place to sleep; the popular apartment became known as the “Ocean Hotel.”

When I needed a set of bowls to serve the spicey harira soup that was served at Ramadan —mine was based on the recipe in the Peace Corps Cookbook—I ventured to neighboring Salé, known for handcrafted pottery. I was fortunate to find the perfect set of five bowls, each trimmed in a distinctive blue floral design, for 40 dirhams. Before I left the potter’s stall, a yellow-gold pitcher and tumbler set caught my eye. I just had to have it. So, I bargained for the bundle—bowls, pitcher, and tumblers—and bought all 10 pieces for 70 dirhams, or about $18. The underside of each piece included the signature of the proud potter: Elfarah, and the locale of origin: Salé. Back at my apartment, I enjoyed cooking a variety of other Moroccan dishes using the bowls for soups, salads, and desserts. I frequently served water and soft drinks in the tumblers to my overnight guests and my Moroccan neighbor Abdou, a university history professor.

On a weekend trip to visit volunteers in Midelt and Azrou, a group of us explored nearby Khenifra. The Sunday open-air souq offered some of Morocco’s best carpets, tapestries, and other woven items. I found carpets of every color, texture and size displayed right on the ground. I spoke with several merchants and learned how to recognize the value and quality of the weaves and dyes. The one-meter carpet I selected made a nice bedside accent on the concrete floor of my bedroom. Bound to the back of the carpet was the Moroccan government’s official tag of authenticity noting the town of origin and the weaver’s name.

On a work trip to the massive medina in Fes, I passed tanneries and walked down the old city’s narrow lanes. The sound of hammering led me to Farouq, a metalsmith sitting on the floor of his stall creating impressive designs. He had spent many hours, maybe even days, to mark precise patterns in the metal. Over 30 years, Farouq’s father and his brother had taught him the techniques.

Smiling broadly, Farouq was visibly proud of his work, and I had a hard time choosing from the rows of plates and trays lining the walls of his stall. We engaged in the customary negotiations and his final price ended in my favor: two plates for 35 dirhams. That was less than $10. Farouq hammered his name and the date of my visit into the back of each plate.

I proudly showed off his workmanship to my guests in Rabat. For more than 40 years I recalled the sound of Farouq’s hammer when I served tiny glasses of hot mint tea on one of his brass platters to relatives and friends in my home in Ponchatoula, Louisiana. 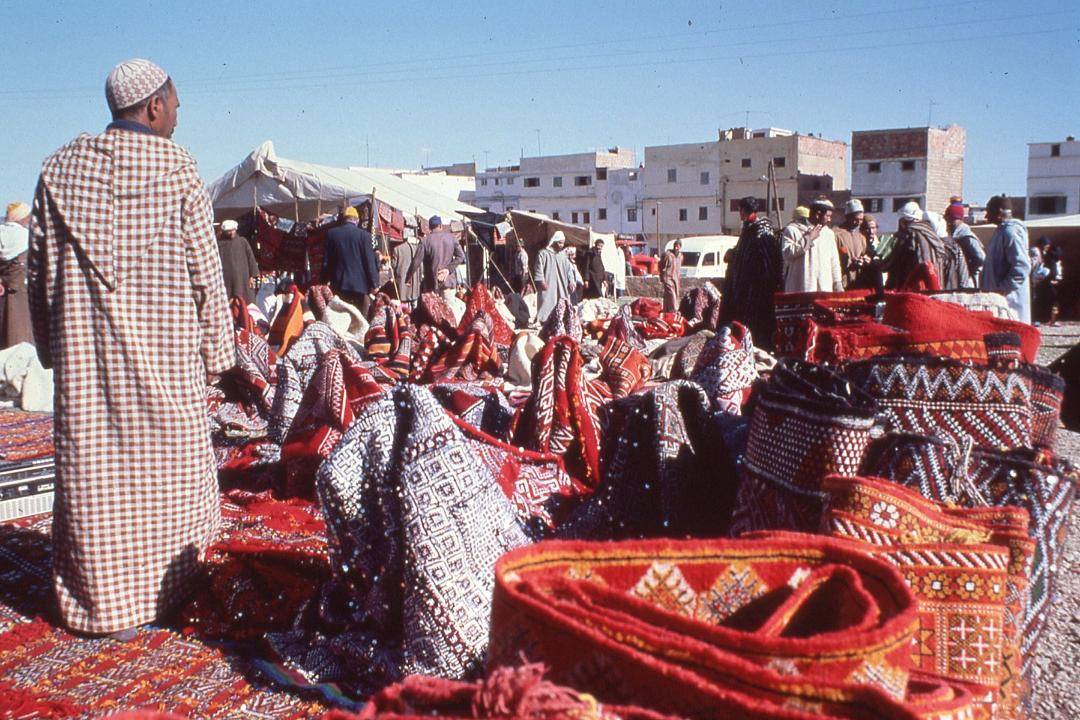 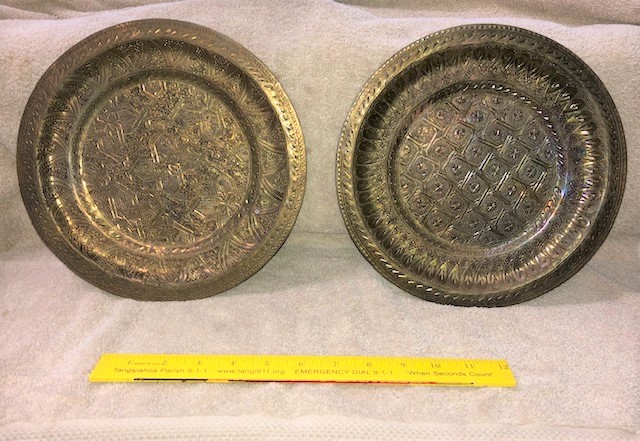